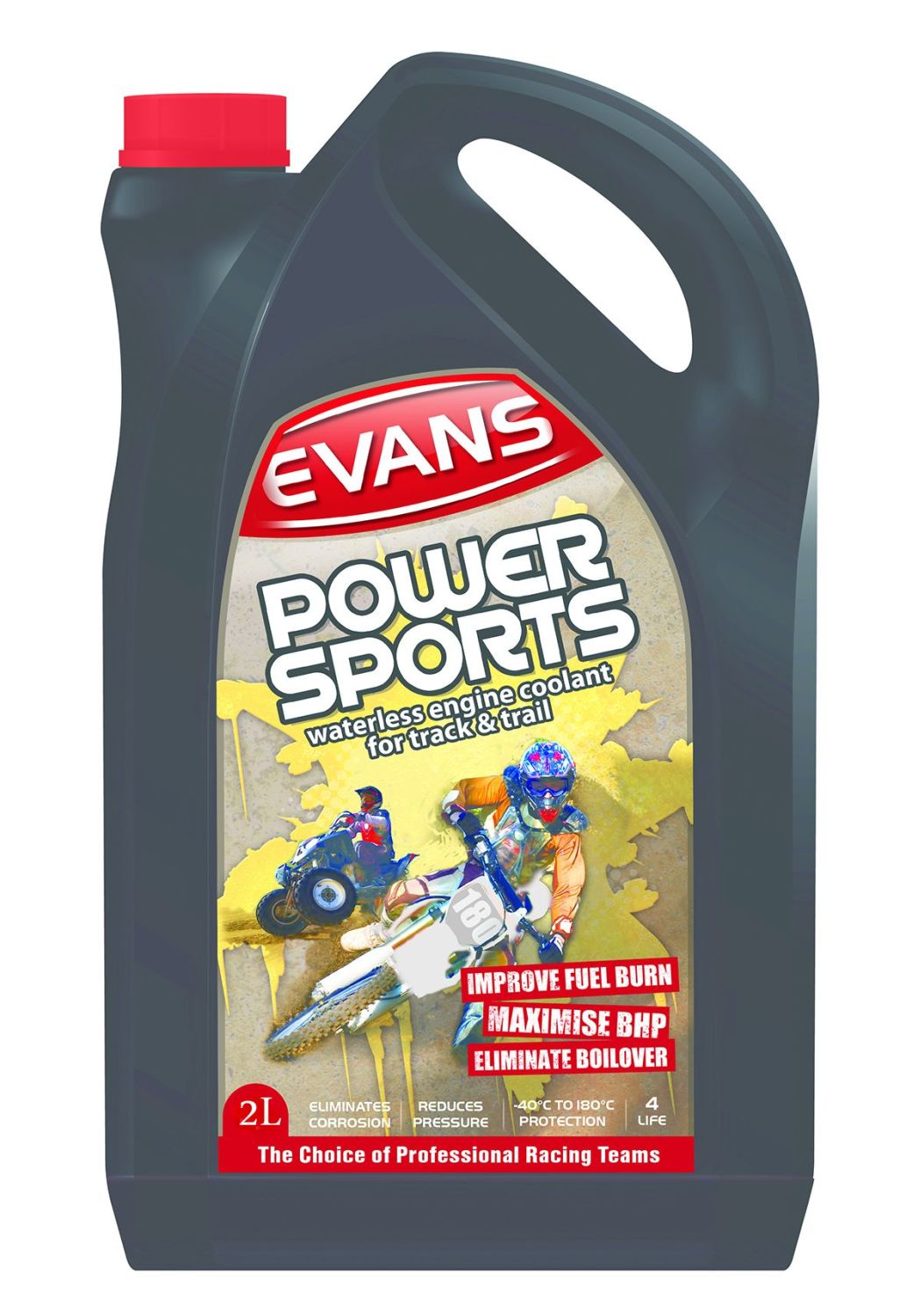 This item is out of stock, please send us your email address and we will give you an ETA of when the new stock is due in
0 in your basket
View Basket Checkout

Evans Coolent allows your cooling system to run at a lower pressure reducing the strain on the engine componets.

Evans Waterless Coolents will not boil around these engine hotspots maintaining efficient cooling performance even when the engine is put under extreme conditions.

Since the 1930's engine coolents have been based on a mixture of ethylene glycol, water & corrosion inhibitors. All such mixtures have inherent physical & chemical limitations that restrict engine performance & affect reliability. Evans Waterless Coolents represent a major step forward in engine cooling & engine protection technology.

If you are treating an engine that currently has coolent in it you will also need to purchase the Evans Prep Fluid, also listed in our shop.

Before filling your system with Evans Waterless Coolent it should be as free from water as possible. Evans Prep Fluid hydroscopically absorbs any residual water remaining in the system after draining.